Skadi is a goddess of the wilderness who hunts in the mountains on her skis. Her father is the giant Thiazi. Despite being a giantess, she became accepted by the gods of Asgard when she married the sea god Njord.

Skadi is a mysterious figure, with a masculine name and similarities to the god Ull – who is described in the myths as an attractive man on skis or snowshoes.

Skadi went to Asgard, the realm of the gods, to avenge her father, the giant Thiazi, who was killed by the Aesir gods. She went in full battle dress – helmet, coat of mail and all the weapons of war.

The gods offered Skadi compensation instead of revenge – she was invited to choose a husband from among the gods, but only by looking at their feet. Skadi wanted to marry Balder and thought that the most attractive feet must be his. But she was wrong! The feet instead belonged to the sea god Njord.

Skadi’s own condition for not seeking revenge was that the gods should make her laugh. Loki tied one end of a rope around the beard of a nanny goat and the other around his testicles. Every time the goat jumped, Loki squealed and squealed before finally dropping into Skadi’s lap. This made her laugh!

Odin then threw Thiazi’s eyes into the sky, where they became stars, and that pleased Skadi.

The marriage between Skadi and Njord was not a success. Njord wanted to live by the sea, in his home of Noatun, where he could hear the cry of the seagulls. Skadi wanted to live in the mountains of her home Thrymheim, where she could hear the cry of the wolves. They agreed to spend nine nights in each place instead. However, this arrangement did not last, and they eventually lived their separate lives. 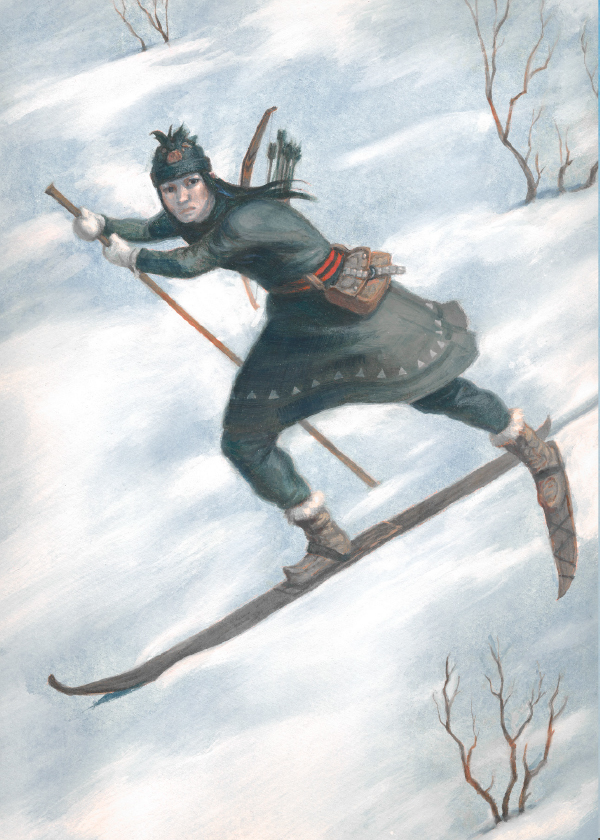 Skadi is a mysterious figure, with a masculine name and similarities to the god Ull.