Freyja is a goddess of fertility. She is the daughter of Njord and has a twin brother Freyr. When Freyja goes anywhere, she travels in a chariot pulled by cats. Freyja, with her staff, knows the art of predicting the future – prophecy – and she teaches Odin this magical art.

Freyja also has a darker side as a goddess of war, and half of the warriors who die in battle go to her sacred meadows of Folkvang.

The most beautiful jewellery

Freyja wears a jewellery called Brisingamen that was the most beautiful in the world and many wanted it for themselves.

One myth tells of how Freyja was with Odin, as his lover. She lived in a house that was both beautiful and strong and when it was locked, no-one could enter without her permission.

One day Freyja left her house and saw four dwarves, inside a rock, in the middle of forging the fantastic necklace.

Freyja liked the jewellery and the dwarves liked her. She offered gold and silver, but the dwarves were not interested. They were only willing to sell their parts if Freyja spent one night with each of them – and so the deal was struck. After four nights, Freyja got her necklace, went home and told no-one what had happened.

But somehow the cunning mischief-maker Loki found out how Freyja got Brisingamen, and also how she paid for it. And he told Odin. Odin asked Loki to take the necklace and bring it to him.

Odin sent Loki off to Freyja’s house, but it was locked. It was cold and Loki began to freeze, so he transformed himself into a fly and buzzed around to every lock and joint, looking for a way in. Eventually he found a tiny little hole under the roof and crept into the house, where everyone was asleep.

Loki went up to the sleeping Freyja, who was wearing the necklace, and he saw that the clasp was around the back of her neck. He changed into a flea and bit her on the cheek so she woke up and turned over in her bed. Now Loki could get at the clasp. When she fell asleep again, he carefully undid Freyja’s necklace and took it to Odin.

When Freyja woke in the morning to find the necklace gone and the door open, she suspected what had happened and she went to Odin to ask for the necklace back. He did give it back, but only after making her cast a spell cursing two mighty kings to battle against each other for all eternity. 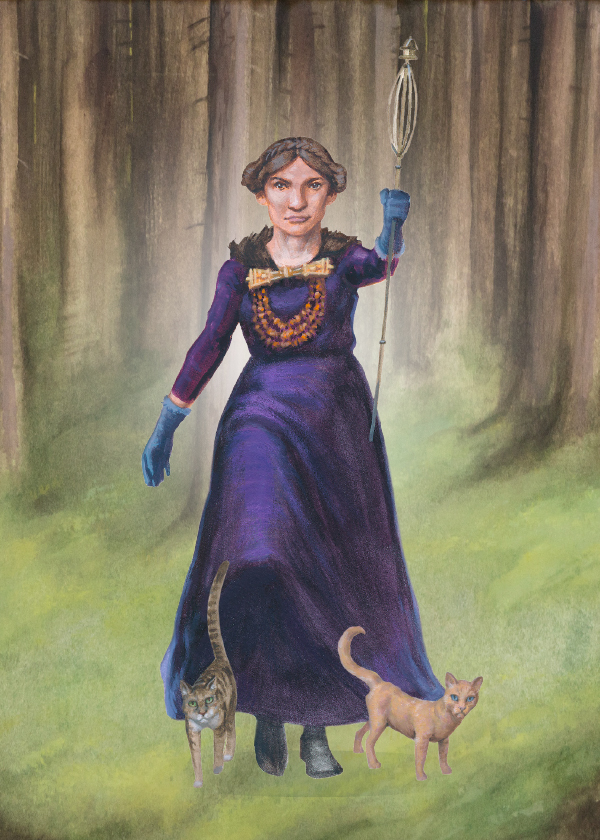 Freyja wears a jewellery called Brisingamen that was the most beautiful in the world.