Heimdall is the father of mankind and he teaches them many things, such as runes. He is a mysterious god who is linked with the Yggdrasil, the tree of life. One interpretation of his name is “The one who shines over the world”.

He stands guard at all times, and with his sharp vision and incredible hearing he can see for a hundred miles and hear the growing sounds of grass on the ground and wool on the sheep. He needs less sleep than a bird and he can see just as well at night as he can in the day.

Heimdall is also known as Gullintani (“gold tooth”), and his horse is called Gulltopp, “the horse with the golden mane”. These are names you would expect for a sun god or god of the heavens. His home, Himinbjörg by the Bifrost, the rainbow bridge, or possibly in the Milky Way in the heavens, was a peaceful spot where he enjoyed sitting and drinking a fine mead.

In one saga, Heimdall is the god who tells Thor how to get his hammer back after the giant Thrym steals it.

When Ragnarök, the end of the world as predicted by a seeress, came and the Bifrost broke, Heimdall blew his horn Gjallarhorn to awaken the Aesir gods. During the final battle, Heimdall fought the evil and treacherous Loki and they both died.

Heimdall can be found in the myths, but there are no preserved sources to suggest that he was worshipped by any cult that might have named a place after him, for example. 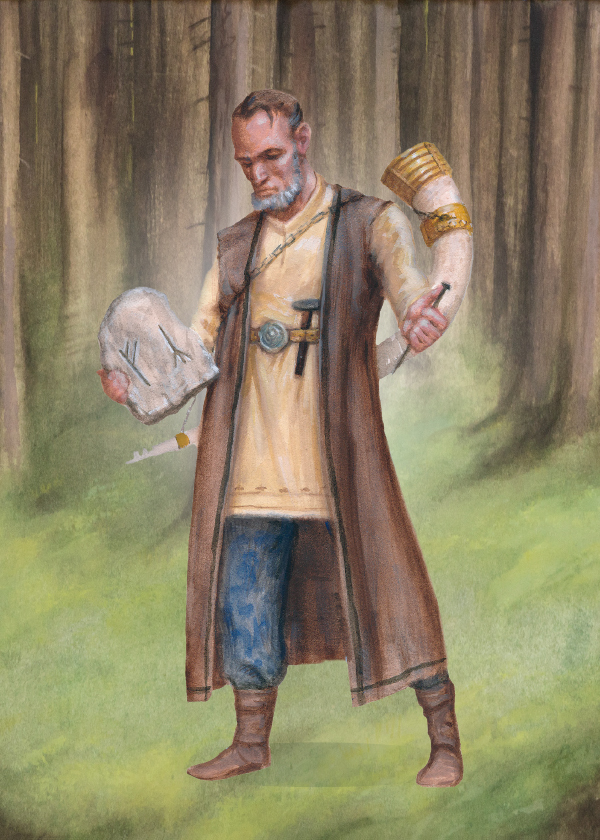