Idun is the goddess of youth – her name means “giver of eternal youth”. The other gods get golden apples from her. She stores them in a basket and they keep the gods young until the end of the world.

Once the trickster and troublemaker Loki got into a quarrel with the giant Thiazi. To stop the fight, he promised to kidnap Idun and give her to the giant. He managed to lure Idun into the forest, where the giant Thiazi was waiting. He took her off to Jotunheim, the realm of the giants.

Without Idun’s apples, the gods quickly began to age and their hair turned grey. When Loki was found to be the one behind all this, he had to choose between paying with his life or bringing Idun back home to Asgard again.

Loki borrowed Freyja’s magic cloak, which turned him into a falcon and he flew to Jotunheim to fetch Idun. When he arrived there, he changed her into a nut and flew back to Asgard with her in his claws. The myth fails to explain how he got the apples back, so that remains a mystery.

Now when the giant Thiazi, who had been out fishing, came back and saw that Idun was gone, he assumed his eagle form and flew like the wind to Asgard. When the gods saw Loki in falcon form approaching with the nut in his talons, they went out to the walls of Asgard and piled up a stack of wood shavings.

As the falcon landed safely inside the walls, the gods set fire to the pile of wood shavings. Thiazi in his eagle form was unable to stop and his feathers caught fire, bringing him crashing to the ground. Then the Aesir gods killed the giant.

But the story does not end there, since Thiazi had a daughter – the giantess Skadi. And she wanted revenge for the death of her father… 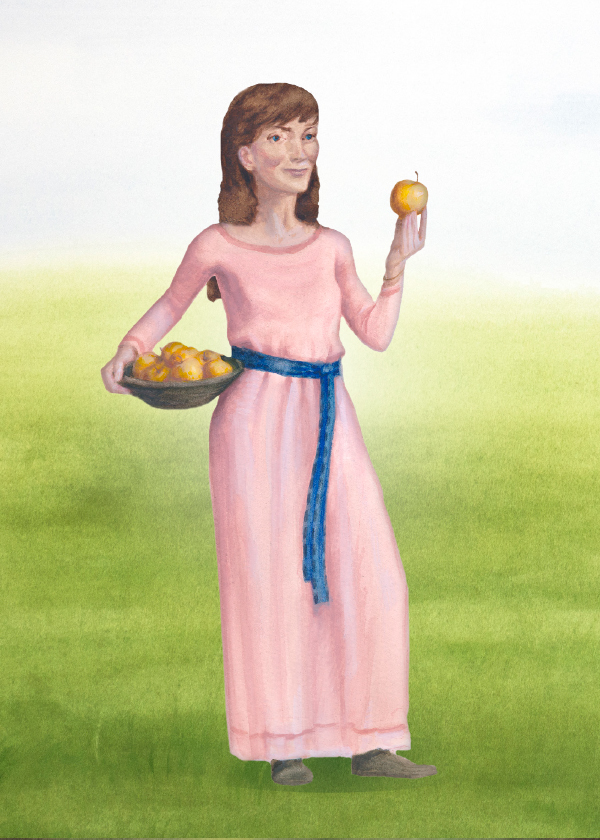