Odin has many names and is the god of both war and death. Half of the warriors who die in battle are taken to his hall of Valhalla. He is the one-eyed All-Father, who sacrificed his eye in order to see everything that happens in the world.

He has two sons, Balder by his first wife Frigg and Thor by Jord. Odin also has several animals. His two ravens Hugin and Munin (thought and memory) fly around the world and report back what they see. Sleipnir the eight-legged horse can run through all the worlds. Geri and Freki are Odin’s wolves.

He learned the magical art of prophecy from Freyja. Odin has a gold ring called Draupnir that is important to the gods.

Sitting on his throne, Hlidskjalf, with Frigg in the hall of Valhalla, Odin looked out across the whole world. But he wanted to know everything and gain wisdom and knowledge of things hidden from him. This was a desire that drove him to sacrifice himself.

He sacrificed his eye in Mimir’s well and he threw himself on his spear Gungnir in a kind of symbolic, ritual suicide. He then hanged himself in Yggdrasil, the tree of life, for nine days and nine nights in order to gain knowledge of other worlds and be able to understand the runes.

During his sacrificial actions, he saw visions and received secret wisdom. The magical knowledge he gained made him able to cure the sick, calm storms, turn weapons against his attackers, make women fall in love and render dangerous troll women harmless – often just with a look.

Odin was also a shapeshifter, meaning that he could change shape. He could fall into an ecstatic trance and send out his soul, allowing him to adopt the form of another person or an animal. While his body lay in a trance, he could travel as a bird or a four-legged animal, a fish or a snake, through all the worlds and to far-off places.

Odin is often portrayed as a charming man who enjoys drinking mead and wine. But he was accused of “unmanly behaviour” when he “beat the drum and practised prophecy”, something that was associated with women. The fact that he was a seer and a man provoked disgust in some quarters. 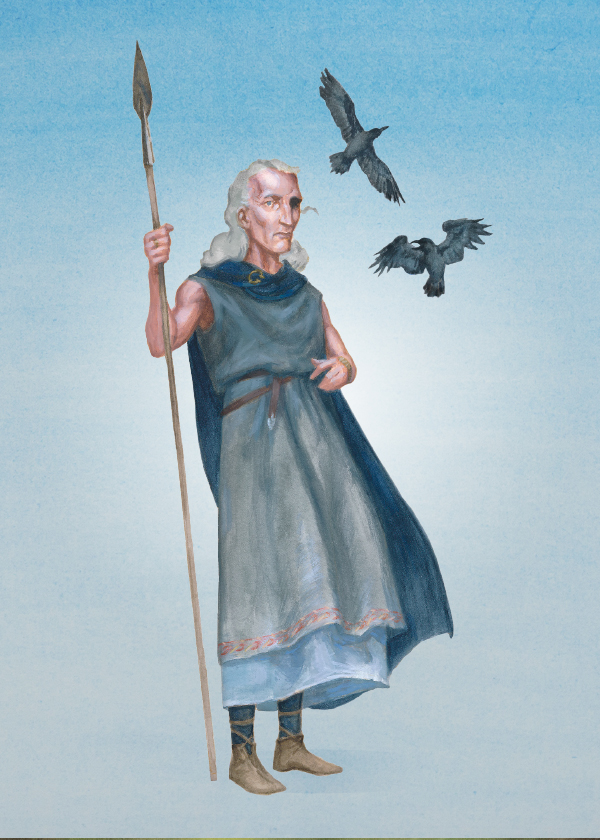 Odin’s two ravens Hugin and Munin (thought and memory) fly around the world and report back what they see.