Balder is the son of Odin and Frigg, and with his friendliness, gentleness and wisdom, he is loved by everyone in Asgard. He is so attractive that light shines all around him. Balder is married to Nanna and they live in Breidablick.

The myths about Balder are about this death and the attempts to bring him back from the underworld. But he does not return until the destruction of the world in Ragnarök.

When Balder had a horrible dream that his life was in danger, Frigg demanded an oath from every creature and object in the world that they would not harm Balder. However, she missed out one plant, the mistletoe, because she thought it was small and insignificant. This turned out to be a big mistake. When the gods were having fun shooting arrows at the “invincible” Balder, things went badly wrong.

Treacherous Loki was jealous, so he disguised himself as a woman and discovered from Frigg that the mistletoe had never given an oath not to harm Balder. He had an arrow made from mistletoe and during the games he gave it to Balder’s blind brother Hodor and tricked him into shooting Balder. Balder fell down dead – and this was the most terrible accident ever to hit gods and people alike.

Balder’s body was laid out on his boat Ringhorn. When his wife Nanna saw him lying there, she died of grief. The gods laid her next to Balder on the funeral ship and Odin placed the magical ring Draupnir on Balder’s funeral pyre to accompany him to the underworld.

Balder’s brother Hermod was sent to the underworld to ask the goddess Hel, ruler of the underworld, to return Balder to them. Hermod borrowed Sleipnir, his father Odin’s eight-legged horse, for the journey. It took nine days to make it through the dark valleys and over the high mountains.

Hel promised to let Balder return to Asgard on the condition that all the beings in nature wept for him. And everyone did – except the giantess Tökk, who sat in her cave and refused to shed a tear. Sometimes it is said that Tökk was Loki in disguise.

This meant that Balder could not return! Hermod did, however, bring back the ring Draupnir. 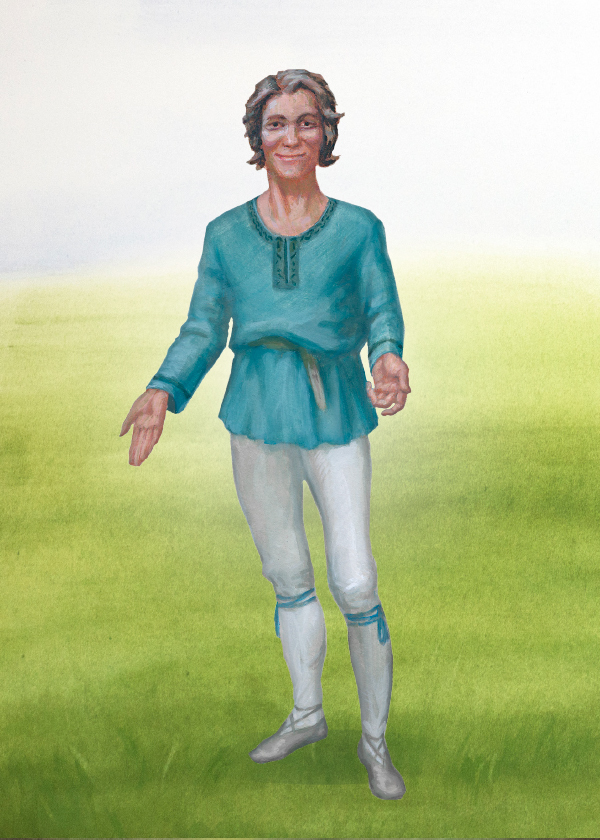 Balder is so attractive that light shines all around him. Balder is married to Nanna and they live in Breidablick.